It must be a day that ends in a Y.

Perhaps you've heard of the indie video game Depression Quest? It's a game that's gotten a lot of attention as one of the first video games to directly address the issue of depression and accurately show what it's like to suffer from the illness. It's sparked a lot of discussion about mental illness withing the gaming community, and since then I've seen a lot of people being more open about their struggles with depression and anxiety. I've heard quite a few people say that it's inspired them to get help and talk to friends and family about their own depression.

I myself played it and halfway through was crying because it was so accurate and it hit me so deep. It was incredible to see my own past struggles with depression and ongoing struggles with anxiety portrayed in a way that sang so true - it was an undeniable reminder that other people know how I feel.

The game has rightly received praise and awards for its general awesomeness.

Of course, since a woman made it, it's also been subject to a massive shit storm of harassment. 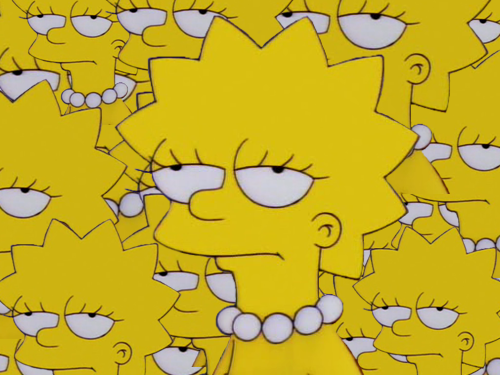 So they thought the appropriate response would be to publish her home address and phone number, send her various threats, flood her Twitter with filth, show up at her house to intimidate her, etc. When she publicly shared her experience and appalled journalists wrote about it, more misogynists declared that she must have made it up/harassed herself for attention and money.
Depression Quest is free. Though the game does ask that you make a donation in the amount of your choice to an organization that helps people with depression. Anyway.

And Now: Part 2 of This Horrific Story of Utter Reprehension

Did you think it was over? Oh no, it's not over.

Now that Zoe Quinn's game is officially on Steam, still free, it's time for the Misogyny Shitstorm 2: Even Shittier.

In an extremely unfortunate turn of events, Zoe Quinn had a nasty falling out with a former boyfriend. The story is that Zoe cheated on said boyfriend with a couple different people, with some or all of it being during a period in which they were broken up and I guess had agreed not to sleep with other people while broken up? Or something? There are different versions of the story and it's rather unclear. None of the versions come from Zoe Quinn as she refuses to discuss the breakup publicly, because, you know, it's private business.

Her ex, however, feels different. He actually made an entire website devoted to not only telling his side of the story (the only side we know), but posting their private online conversations for all to see. This website was sent to me as "proof" that Zoe Quinn is the Super Bad Person, but what none of the Zoe haters seem to mention is that the very existence of this site is wildly inappropriate and also dangerous for Zoe.

Posting the intimate details of a breakup and screenshots of the long ass conversations that led to and followed the breakup would be inappropriate no matter what. But he is also being reckless with Zoe Quinn's safety. Let's look at the facts.

I mean, cheating is bad, sure. It's very hurtful, it breaks trust, and you can make the argument that there are issues of consent involved, though it depends on the individual relationship.

But no amount of cheating could ever justify what her ex has done. He may have intentionally launched a 4chan harassment campaign against her, and even if he didn't, this website he created fuels the fire of harassers everywhere. Misogynists have quickly stepped up the harassment against her.

Yesterday, when she posted something on Tumblr in response, mainly to say that the harassment of her and especially those she's connected to who have nothing to do with any breakup or to Depression Quest is fucked up and that she's not going to comment on rumors about her sex life because fuck that, I responded with my support on Tumblr and Twitter. It took just minutes for misogynists to respond to me. On Twitter, it was an entire account that was clearly created just days ago for the sole purpose of harassing Zoe and other women in the industry.

On Tumblr, there were multiple people replying to my message of support in which I called her my hero for refusing to back down. Obviously the harassment is bad if they're attacking any person who supports her publicly. All the messages were focused on the accusation of her cheating, one calling her a "massive slut." Because, you know, women having sex with multiple men is not okay. Nothing misogynistic going on here.

I have and will continue to reiterate: Any amount of cheating does not justify the posting of private conversations and putting someone's career and life in jeopardy. Full stop.

One guy, whose blog description includes that he is here to bring down "entitled bitches," had the audacity to tell me that there's no proof that Zoe was harassed.

Not only does this guy say there's no proof, he claims that she bullied depressed people. So I take a page from his book and demand proof. He sends me a link to a 24-minute video made by someone with a rather creepy and very Aryan avatar with the user name InternetAristocrat.

I watch through the entire thing. With many breaks for deep breaths. Nowhere within these 24 minutes of ranting about things for which he doesn't present any evidence at all does he mention her bullying depressed people. He doesn't call anyone depressed or use the word "bullying." There is nothing there.

But I learned more during this video than the fact that Mr. No Proof is a total liar. I learned that the misogynists who hate Zoe Quinn have concocted a network of convoluted conspiracy theories about her for which they can present nothing that's even in the general area of evidence. This includes such misogynistic tropes as "she slept her way to the top." Because she slept with men in the gaming industry. Isn't it weird that someone who made a game would have contact with people within the gaming industry and possibly have sex with them? No, it's not weird at all. It would be weird if she were hanging out with IRS agents and slept with them. But it is not at all unusual to have sexual contact with people you spend a lot of time with due to work.

Then there's the accusation that she single-handedly took down some charity thing in which women could pitch ideas for games and they would be made. The evidence presented for this was a single post on a section of Reddit. But not just any section of Reddit. It was - brace yourself - Tumblr In Action. That's right, the very section of Reddit from which came the people who were harassing me, both on this blog and on my Tumblr account (that's still happening, by the way).

I gotta tell ya, I laughed hard when I saw that.

The Double Standards of Proof

Here's the real funny thing. In response to my support of Zoe Quinn in light of the unwarranted harassment she's received, I am told by a dude that there is no evidence that she's been harassed. This guy then sends me a video that outlines a conspiracy theory concocted about Zoe Quinn's sex life and include a link to a website dedicated to violating her privacy.

So when women are hurt by men, we have to provide proof. No matter how many harassing comments and messages permeate the Internet, we must provide proof, more proof, always proof - and it's never good enough. But when men are hurt by women, they don't need proof. We're just supposed to take their word for it and assume it's true. No "proof" necessary.
Or the proof given is just misogynistic ranting and conjecture for 24 fucking minutes. Including a side rant that's 100% childish insults of another game developer he doesn't like. Also misogynistic slurs. Yeah that's totally a credible source right there.

The last thing I want to point out is that InternetAristocrat is clearly quite an angry young man. His video contained a lot of anger. Yet none of the comments are telling him to calm down or saying that his anger invalidates his points (or would if he had any). I bet it never occurred to anyone to cut this guy down for being angry. I bet there weren't any white people quoting Sun Tzu at him.

There's so much to be said about hateful men on the Internet and how they are so willing to buy into the narrative that the only way women succeed is through their sexuality, or that women are out to get them, or women will always hurt them. They will cling to anything to justify their hatred of women. And this is not just a few pathetic individuals. These guys are everywhere. These harassment campaigns are massive. So much so that they overflow to her loved ones and supporters. I got a message not five minutes ago on Tumblr again accusing Zoe Quinn of "destroying" something. This is a massive, serious problem. I don't know how much more evidence I need to convince people of that.