Welcome to the newest segment of Not Sorry Feminism! These are special reviews of books, movies, TV shows, and video games (mostly video game, actually) that are reviewed not for general quality, but for how well the represent and further the causes of marginalized populations.

Today, I'll be reviewing The Elder Scrolls Online, because I can't stop playing it. Despite certain community problems.

I'm happy to accept both requests and review submissions from readers, even from categories outside of what I've listed. Music, plays, fanfics, whatever. Bring it on.

Instead of the standard categories, video games will be reviewed for the following:

Trigger warnings will also be listed for each thing reviewed. If you want to submit a review, please include all possible trigger warnings.

I've played a couple MMOs in my time, and in every game where interaction with other players is inevitable, your biggest problems are going to be with the "safety" category. The Elder Scrolls Online (ESO) is a bit different in that it was built so that you can play the game entirely without interacting with others. You will miss out on some content, but you can get through the whole main story and most quests. Of course, this kind of defeats the purpose of playing an MMO.

Basically, unless you have a few good friends you can play with so that you can complete those group dungeons and trade materials and such, it's not worth it if you're easily triggered by asswipes making rape jokes and racist comments. It has a profanity filter and ignore function, but as you probably already know, this is insufficient for anyone with triggers.

The community in itself isn't Xbox Live terrible, but it's not safe, either. It seems like any time the zone chat isn't confined to people looking for groups and selling stuff, there has to be some kind of racist, homophobic or misogynistic joke. I've reported five people for making rape jokes or just outright promoting rape. 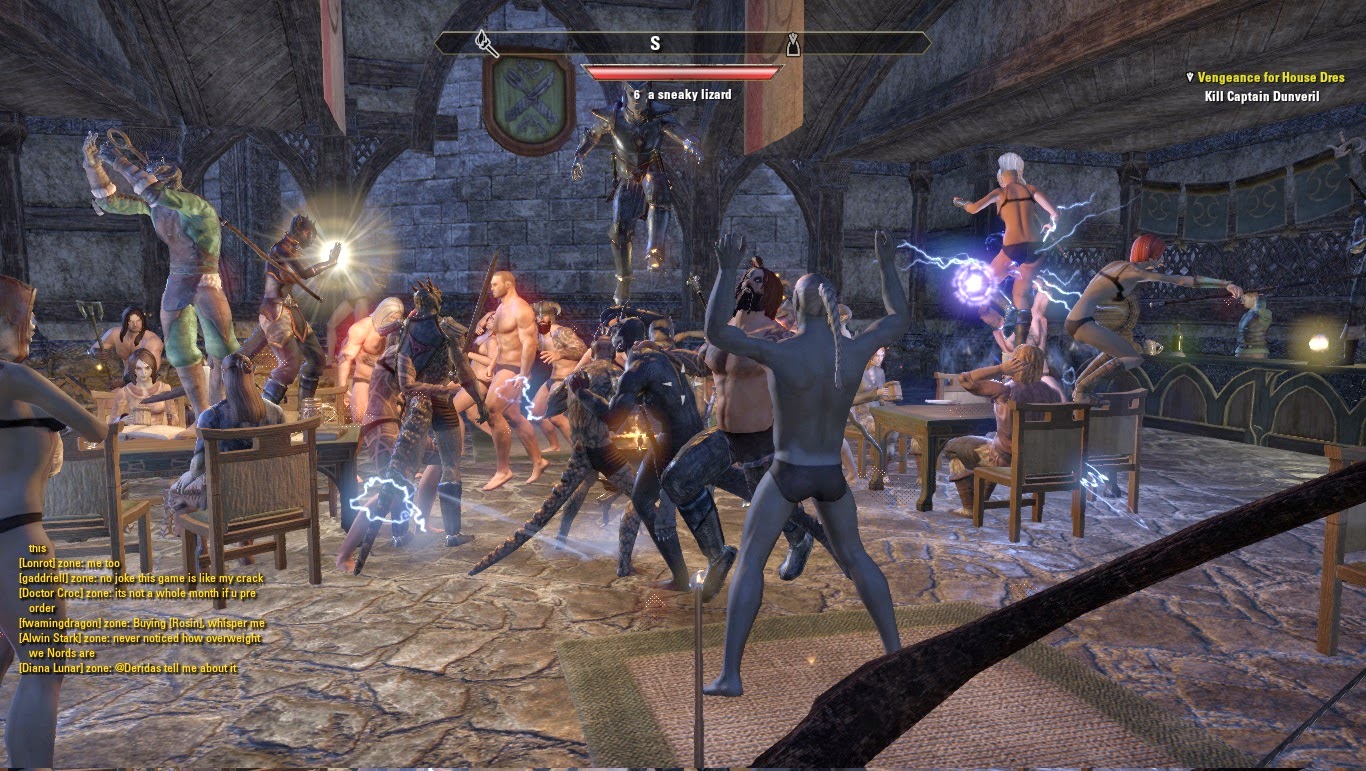 Bethesda's response to these reports is not great. I get an email response every time, and it's pretty much the same. They apologize, say they want to make sure every player feels safe, and proceed to explain that they can't tell me the outcome of the report for privacy reasons. I don't really understand this, but because of it, I have no way of knowing whether the offending players are being disciplined in any way. They then advise me to use the ignore function, which is annoying because this does nothing to actually solve problems. I hate the promotion of just ignoring trolls and assholes as though that ever helped anyone. And it certainly doesn't help people with triggers who can only ignore people after they've already been triggered.

The ESO Code of Conduct prohibits hate speech and anything "vulgar" in chat, or anything that a "reasonable person" would object to. Slurs are obviously not allowed, but they don't name rape jokes in particular. And of course, gendered slurs aren't considered hate speech by law, so no protection from that.

All in all, another case of a company not doing enough. There doesn't appear to be any real moderation of chat, and the community is not safe for everyone. Bethesda seems to be more concerned with covering their asses than creating a safe environment, just like all the rest.

As for representation, ESO can be described as "getting there," but there are still obvious representation problems. In terms of important NPCs, you'll find a lot more men. There's decent representation of women among political and military women - it actually seems like they made an effort to get some parity going there. But the wise old person guiding you is a man, the group serving under him has only one woman, the main bad guy is male, and his main lackey who's always bothering you and calling you a fool is male, and of the three factions, two are led by men.

I went around Mournhold, the capital of the faction I chose for my main, just paying attention to the ratio of various NPCs, whether merchants, quest givers, or random fillers. ESO does better than most movies, which generally have a background cast that's only 17% women. However, most town guards are male, and there were definitely more men than women in the two guilds (Fighters and Mages Guilds). A quick count (not at all official) found a ratio of about 16 men to 11 women (including beast races).

Better, but not good enough.

Race is a more complicated issue when it comes to fantasy. There are nine races to choose from in ESO (ten if you got the super fancy edition), with two beast races, three elf races, orcs, and three (or four) human races.

One human race, the Redguard, is the dedicated black people race. Their mostly warriors coming from a desert region. And no, I don't care that it's fantasy. The lore of this game was informed by real world racial stereotypes. They always are.

As eyebrow-raising as this is, ESO also commits the sin of having animal races to represent other real world races. The Khajiit are cat people with distinctive accents who are often merchants or spies. They're clearly reminiscent of middle eastern culture stereotypes, from the architecture of their land to their general mannerisms. 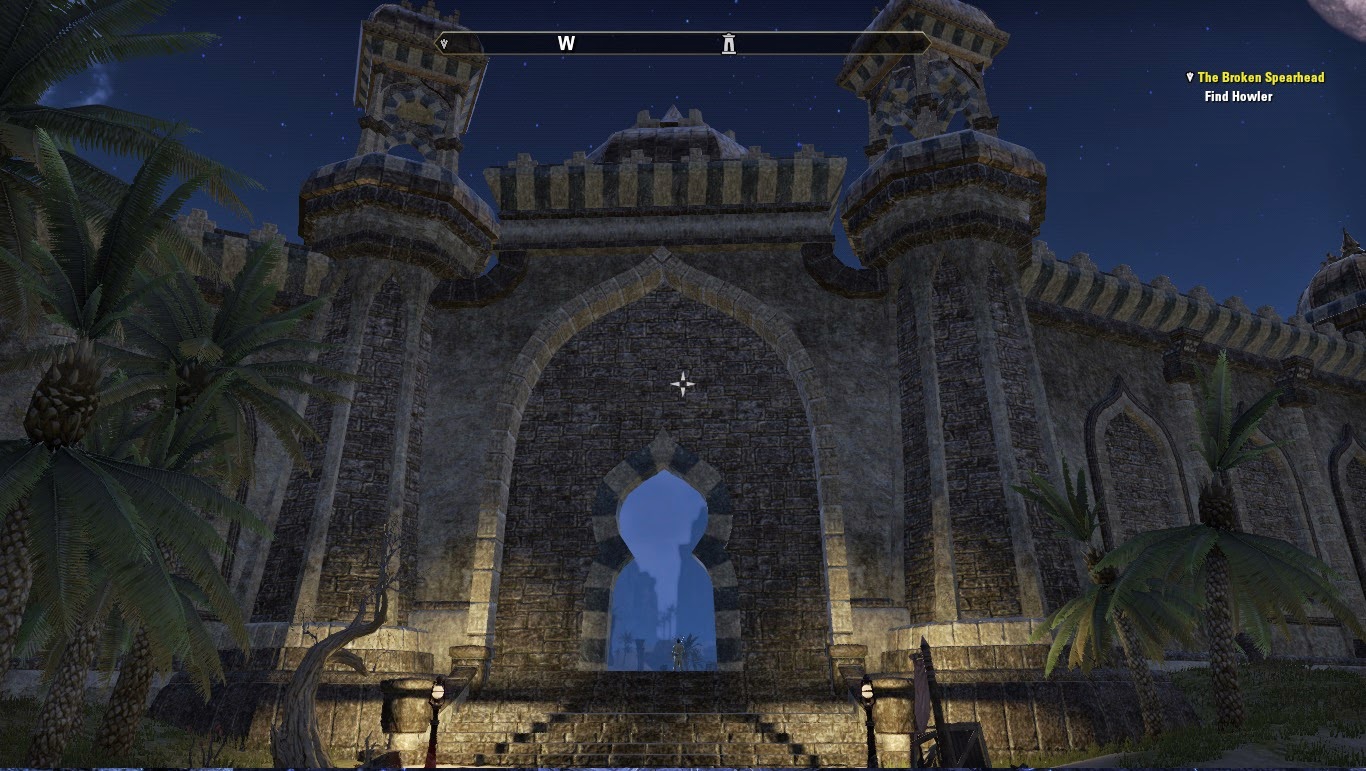 Then there are the mystical and "primitive" Argonians (lizard people) who live in mud huts and are all super connected to nature. They seem to be a conglomeration of several stereotyped indigenous cultures.

You can also find the racism in the character creation process. You just can't make your characters very dark. Even the Redguard characters can't be made dark enough to represent a majority of black individuals. Other human races can only get dark enough to be described as "moderately tan for a white person," and the only elf races that can get at all dark are the Dunmer, also known as Dark Elves, who actually have blue/grey skin which they received as a curse. Um, whoops.

There are no disabled, trans, or non-binary characters to be found. Fat people don't really exist there, either. You can make your character have kind of a beer gut and thick thighs, but once the armor is on, nobody can tell. As for sexuality, there are a couple NPCs here and there within quest lines that talk about their same sex partners. It's not bad, especially considering that romance doesn't come into the picture hardly at all in ESO.

Despite poor representation of race, the story of ESO does deal with race issues. The faction I chose includes the Argonians and Dunmer - two races with a history of conflict due to the fact that the Dunmer had very recently been making forays into Argonian territory to kidnap and enslave them. The formation of the faction included a stipulation that all Argonians must be set free. But obviously, many Dunmer still view Argonians as inferior.

There's more than one quest where Dunmer are blaming Argonians as a whole for bad things happening and demonstrating mistrust and hate for them, and you have to help the Argonians help the Dunmer to gain their trust, and then the Dunmer are all "well I guess they're not ALL bad."

This is pretty much "Baby's First Racial Issues" stuff. Sure, it addresses racism, I guess. But when you're representing marginalized races as lizard people, I'm not sure it does more good than harm. I'm also not fond of reinforcing the idea that marginalized groups just need to be real nice to their oppressors, and then the bad people will learn their lessons and not treat them so bad! At least ESO keeps it a little more realistic by showing the various racists as still being pretty racist after they receive help from the Argonians, because in reality people don't magically stop being racist once a person of color helps them out. But I would prefer a quest where you have to find evidence that someone's racist and when you do, they're kicked out of town and ostracized and hated by everyone. 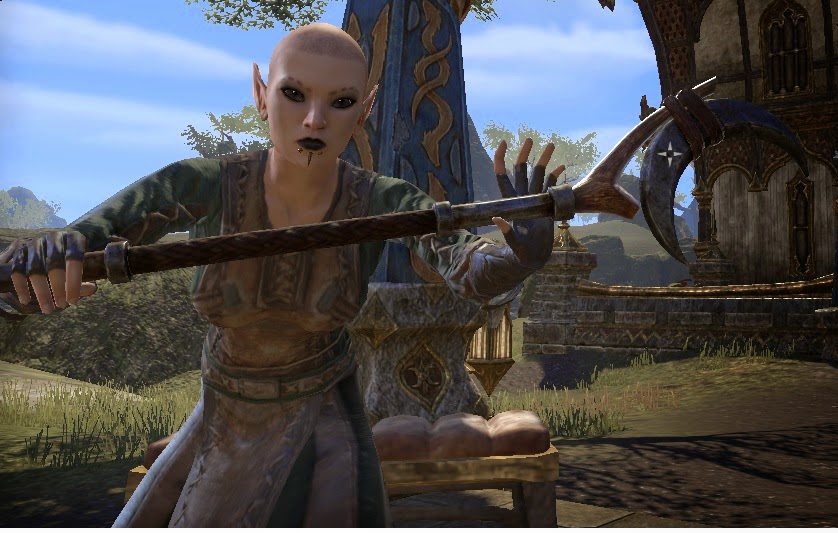 As for gender issues, I don't recall any hints of sexism among the NPCs. The game world seems to be attempting to portray itself as being gender egalitarian, despite disparities in leadership. I also highly appreciate that the armor for women is not sexualized. Light, cloth armor for women does sometimes show skin in ways that male light armor does not, but compared to many other fantasy games, it's nothing. Gratuitous cleavage and ridiculous body proportions have never been a thing in this franchise.

The only quest I came upon that dealt with any kind of sexual assault was one where a man stabbed a woman's mother with a poison knife, and would only give her the antidote in exchange for "entertaining" the men. The women refuses, and then you get to go kill the guy. It works out well. No woman is sexually assaulted for the purpose of giving you motivation. And men seem to need rescuing as often as women.

I'll create a new permanent page about all this review stuff soon, but for now, I'll explain the rating system here. The thing being reviewed will be given a rating of 1-10 for each category, and then a final score that is not necessarily the average of the three (since each category will have a different weight).

Unlike most video game reviews, I will not be rating games based on the idea that 7 is about average. 5 is average. And I will be a tough reviewer. If you think I'm being unfair, I invite you to examine the title of this blog.

Representation: 5 - Better than normal with gender and sexuality, but inherent problems with the way race is represented. Lacking in other areas.

Safety: 5.5 - Does a great job avoiding common severe triggers, but the community is not visibly moderated and I am not confident that players are being disciplined from posting triggering material.

Posted by Not Sorry Feminism at 12:46 PM