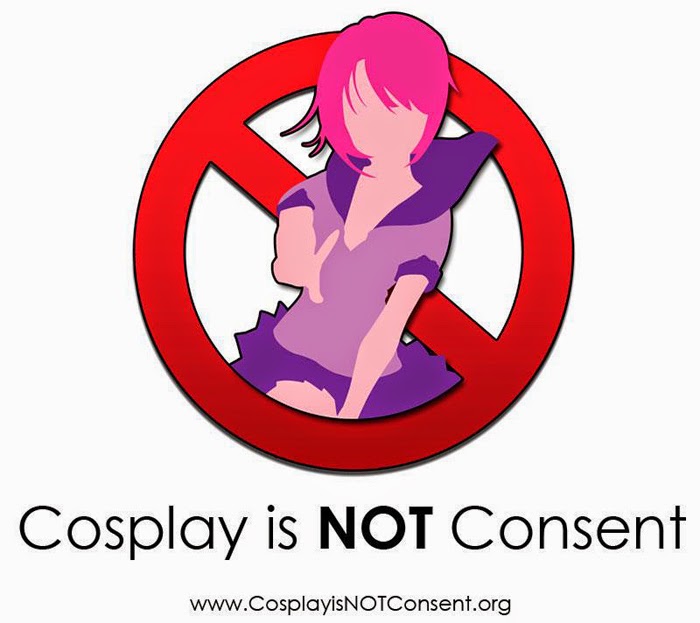 Okay, so the article that published these findings (gendered slur at the link) portrayed the 59% statistic as though it were impressive, but come on. This problem is so rampant and blatant, 59% does not seem at all satisfactory. How can 41% of comic fans and professionals think everything is fine? How deep is the cave that they live in?

Here are some other results:

"Thirteen percent reported having unwanted comments of a sexual nature made about them at conventions—and eight percent of people of all genders reported they had been groped, assaulted, or raped at a comic convention."

"People in my survey report being harassed by fans, journalists, publishing employees, and comics creators, so there are issues at every level of the industry."

(Important side note: GROPING IS ASSAULT.)

It's especially gross that media and comic industry professionals are doing it. It means that they're sure they can get away with it, and others who observe their behavior are more likely to think it's okay.

There is some good news, though. A lot of conventions are instituting highly advertised zero tolerance policies about harassment. I'm very proud of my city for what they did this year:

"In April, for example, Seattle’s Emerald City Comic Con put up impossible-to-miss posters about the convention’s “zero tolerance policy” toward harassment. Information about how “Cosplay is Not Consent!” was all over their venue, website, and event guide and the convention hosted a panel on preventing harassment (of which I was a participant)."

Even San Diego Comic Con, which had previously resisted creating an official anti-harassment policy because it might make them look bad if everyone knew how much harassment was going on (can't have that, oh no), finally sent ticket holders an email with a brief but clear zero tolerance harassment policy. Of course, I'm sure that means that dudebro whining will increase by 1000%.

But who cares about them.

I am actually encouraged by this. The more that official authorities in the industry refuse to tolerate any sexual harassment, the more people will begin to see it as unacceptable. Go Seattle.

Posted by Not Sorry Feminism at 2:09 PM

Actually the convention in April that did that was Sakura Con.