No, I Don't Want To Watch That Movie

You know, I've never been that into movies.

There are certain movies that I love, of course, like the original Star Wars trilogy and Lord of the Rings, Pixar movies like Wall-E and goofy comedies like Spaceballs and even the old Adam Sandler movies. As a kid, I watched the Disney movies plenty. But as I got older, it was hard to get me in the mood to watch a movie. Particularly one I'd never seen before. It got even worse in college.

Was that because I was surrounded by pretentious hipsters who watched pretentious hipster movies? At least a little. But even now, out of college, I don't even want to watch the old classics. It took me forever to see The Big Lebowski. I still haven't seen hardly any of those iconic war movies about helicopters going down in Vietnam or whatever. I can't tell you how many times people have said to me, "you've seen [insert popular movie here], right?" And I've had to say no. Then of course, they insist I have to see it.

But I don't want to.

This puzzled me for a long time. The best I could figure, I just had a hard time getting into most movies because it's hard for me to feel connected to a character in only 90 minutes, and that's very important to me. If I don't care about (or at least despise) the main character, I'm not going to like the piece of fiction. And that's 90 minutes down the drain.

But surely a movie that everyone loves would be good enough to get me to care, right? Yet I continue to avoid them. And I'm beginning to figure out why.

They're always disappointing me.

I've been a feminist for almost as long as I can remember, before I even knew what the word meant. I remember being a little girl who was already tired of obligatory romance in movies. I remember resenting that all the women in Disney movies seemed to need rescuing, even if they were strong. I wanted to be the one with the sword. I wanted to do the fighting and rescuing. I remember playing with my toys and creating stories where bumbling men would get kidnapped and women would fight the bad guys to come to their rescue. 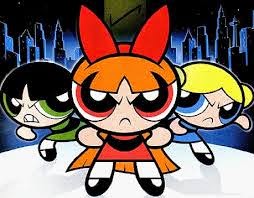 I remember watching Power Puff Girls and loving Buttercup. I remember reading Animorphs and quickly declaring my favorite character to be Rachel - the strongest, most ferocious fighter. When I started writing my own stories, I refused to include romance. All the main characters were teenage girls, and leaders were tough women who didn't take any shit.

Okay, I'm just bragging at this point. But it's all true.

I think that the reason I almost never want to watch a new movie, unless someone's taking me to the movie theater for free (parents, not dates), is because they are constantly disappointing me.

Movies are fucking sexist and boring, okay? They're not just sexist, they're predictably sexist. Is the woman going to die? Hell no, of course not, we can't deprive the man of his prize, can we?

You want to know why The Dark Knight is one of my favorite movies of all time? When I saw it the first time in theaters, I remember sitting there sighing and rolling my eyes during the scene where Batman has to rush to save the girl before she gets blown up. I was rolling my eyes because it didn't feel suspenseful. I had seen plenty of super hero movies and the hero aaaaaalways shows up on time to save the damsel. Then, when he showed up at the wrong place, and she actually died? This might sound messed up, but I was ecstatic. It was different! It was a game-changer! Anything could happen now! Granted, she was basically refrigerated, but at least it wasn't at the beginning of the movie so she could be replaced with some other woman he could rescue.

Honestly, probably one of the worst parts of feminism is how boring it seems to make things. It's a lot harder to enjoy fiction when I can pick out the tropes, which of course tears me out of my immersion and reminds me that the writer's just another typical dude with the same power fantasies. I can't watch the college flicks that everyone loves, they're all gross and boring. I can't appreciate those goddamn 50's noir movies when I know that living in the same time period so many men pine for would be shitty for me because I'm a woman.

You know what Kill Bill is? Kill Bill is nothing but a fucked up wank fest, putting a female character through the wringer in the most gratuitously shocking way to motivate her to go about creating a fun spectacle for the male gaze.

I don't like movies because I don't trust them anymore. Movies are boring and disappointing. At least the ones recommended to me by white guys.
Posted by Not Sorry Feminism at 11:02 AM

I so know what you mean about alot of popular movies. I still enjoy some ridiculously sexualized and violent movies, but since my friends and husband all love the obscure movies, I get to see alot that isn't popular, that changes it up, treats minorities with respect, etc. and I think it's important to stay open to the possibility. Because those movies need support too.
Like this crazy old (like 70s) Japanese movie that my husband showed me. It was like a female version of Zorro! And she wasn't dressed in skin tight clothes, she was saving people. Or To Wong Foo Thanks for Everything, a movie about drag queens who get stranded in a small town and help empower the women to kick out the abusive men.
I guess I just want you to know, there are others out there who are trying. And that's something.

It's true. That's why I prefer picking out movies myself or finding recommendations in feminist spaces. To Wong Foo Thanks for Everything sounds AMAZING.

Come over and watch it with me! Patrick Swayze (sp?) is the main Queen.

Sweet! We should totally do that!