So there's this awful trend going on called Women Against Feminism, which I could spend all day mocking and explaining why their "reasons" for being against feminism are terrible, but luckily someone has already done this for me.

It's called Confused Cats Against Feminism. It is both a wonderful and adorable way to mock Women Against Feminism with all the seriousness that it deserves. Which is none.

Here are a few gems: 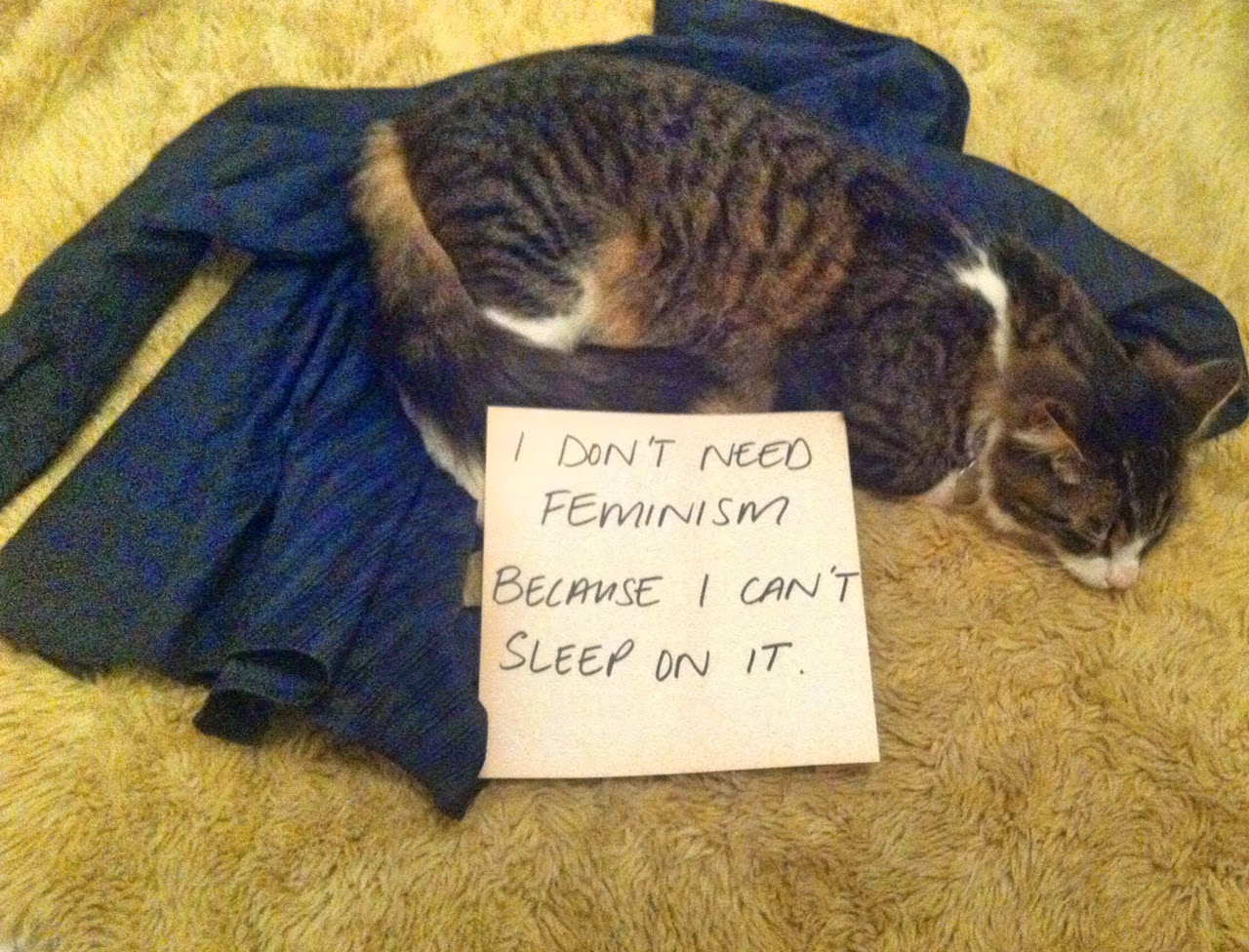 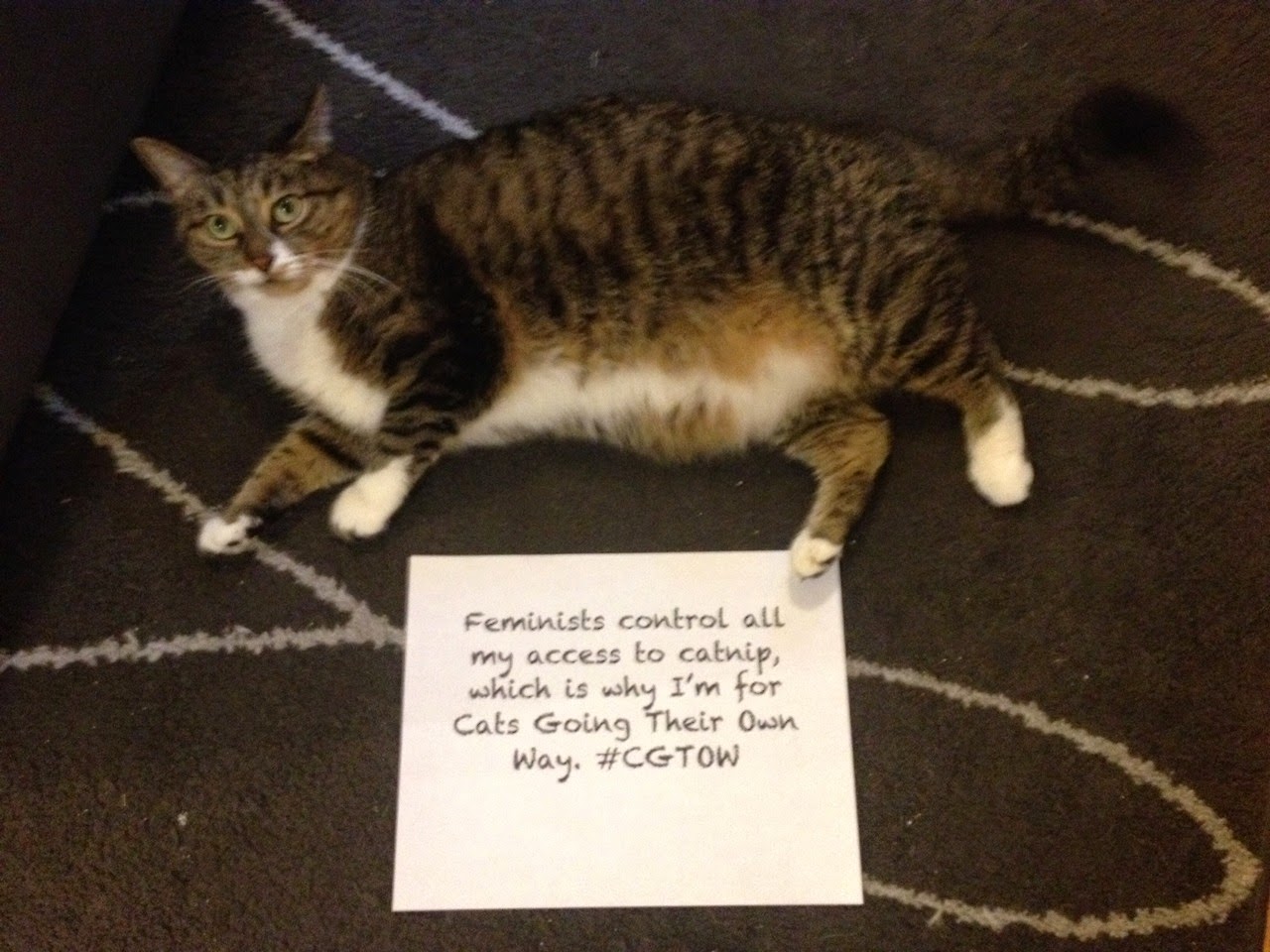 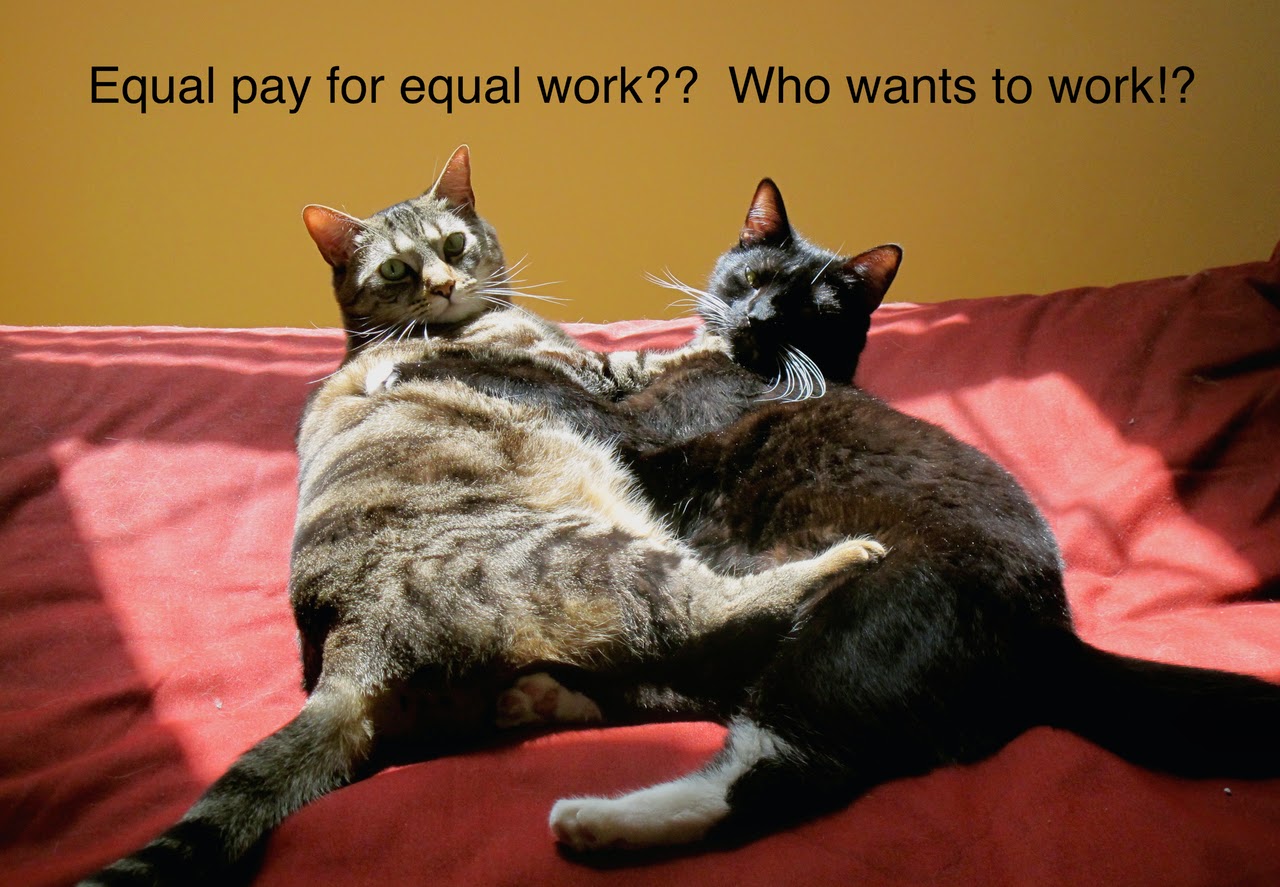 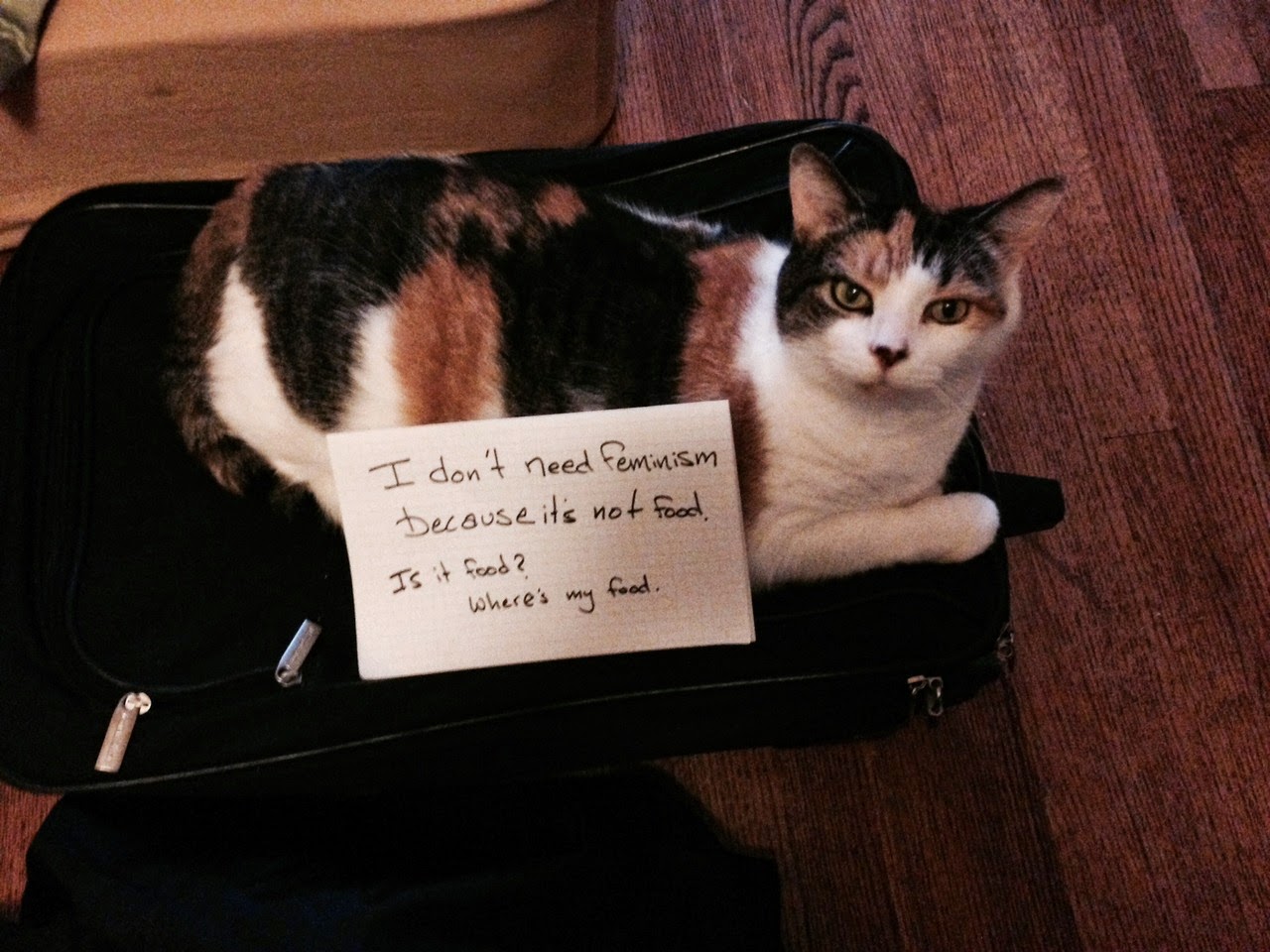 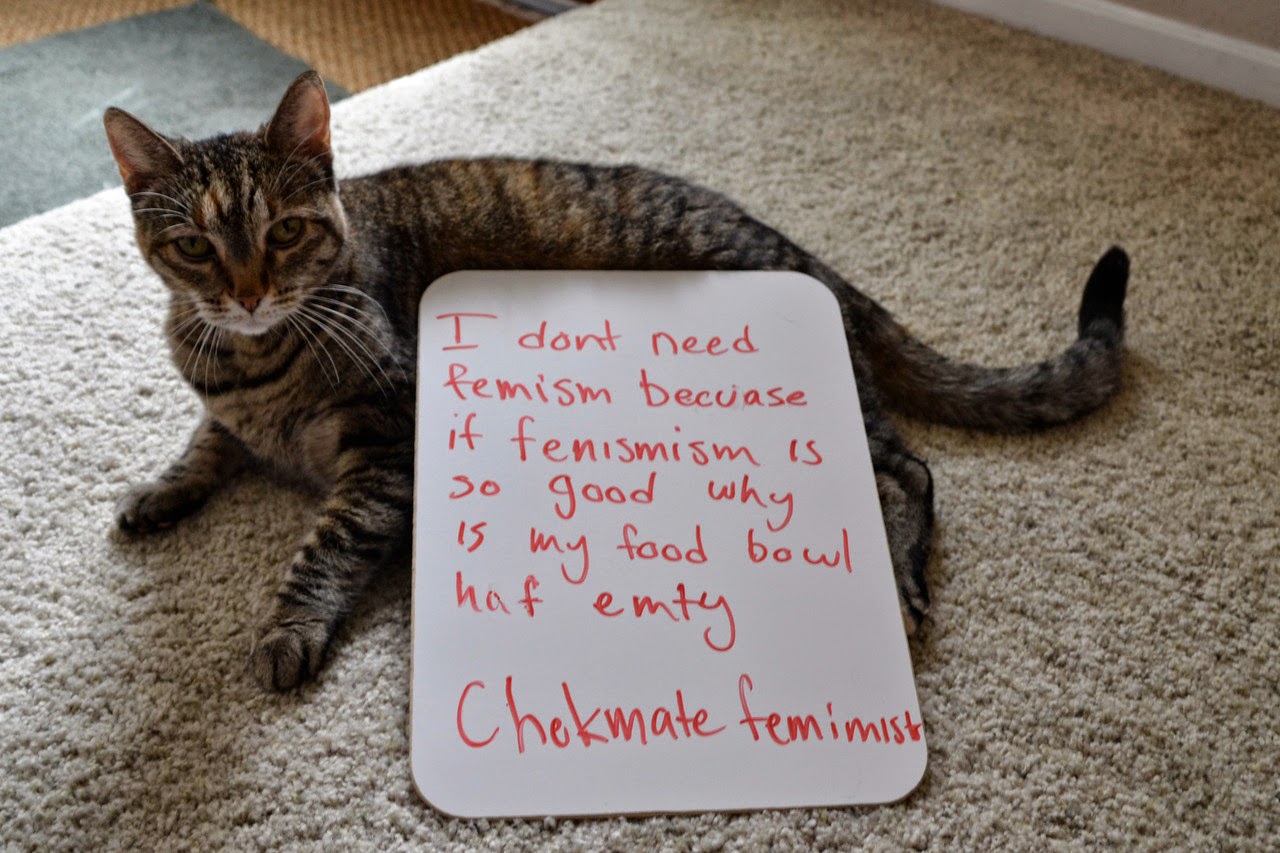 This brilliance was spearheaded by We Hunted the Mammoth, a rather fantastic anti-MRA site that does nothing but keep track of MRA bullshit to make fun of them.

Confused Cats Against Feminism is rather new, but they're posting multiple times per day. Here's hoping that it continues for a good long time.
Posted by Not Sorry Feminism at 11:43 AM

You're sure helping to end sexism and bring the genders together.

This post has literally nothing to do with men. Why do men have to make everything about them?